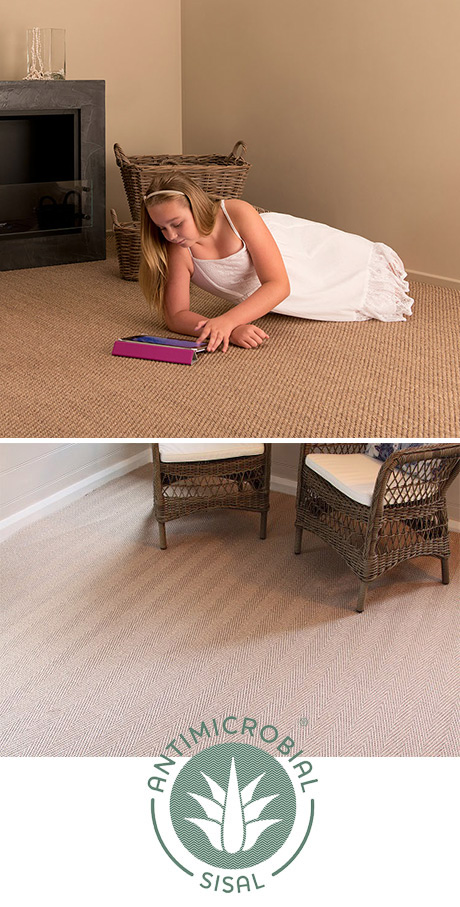 Why you should choose the healthiest option for you family

The active ingredients for inhibiting micro-organisms in sisal were found to be oil soluble and could not be extracted using water. Sisal extracted with oil contained anti-microbial substances in sufficient concentrations to inhibit the growth of micro-organisms, The amount of sisal extract used has direct impact on its effectiveness to inhibit microbial growth.
The amounts of microorganisms present also had direct influence on the effectiveness of the sisal extract in inhibiting the growth of micro-organisms.
The petroleum jelly produced by rural Swazi women was found to contain low concentration of microbial inhibitory substances which was not a significant concentration to bring effective inhibition of the micro-organisms.
It is  recommended that producers should increase the amount ofsisal added when making the product to prevent lower concentations that do not inhibit microbial growth. Further work should identify the active ingredients of microbial growth inhibition in sisal and a study towards the development of standard recipe for preparing the etroleum product in Swaziland is also required.

Study of Sisalana in the creation of Natural Drugs

The extracts of A. sisalana has demonstrated significant biological activity against the test pathogenic organisms and this has introduced the plant as a potential candidate for drug development for the treatment of diseases caused by these pathogens

The extract of the sisal residue (ESR) and foliar poloar extracts (ESH) of sisalana were tested against Gram-positive and Gram-negative bacteria, (non-resistant and resistant to antibiotics) and a fungus by the disc diffusion method.
It was noted that there was a low efficiency of these extracts against the bacteria tested, however the was significant inhibition of the growth of albicans by the ESR and ESH. This fact can be attested by their halos of inhibition which were similar to those produced following the treatment with nystatin. The MIC for albicans was evaluated for these extracts by microdilution in broth.

What is Sisal? (Agave sisalana)

A coarse and strong fibre, sisal is being increasingly used in composite materials for cars, furniture and construction as well as in plastics and paper products.
The plant Sisal fibres are obtained from Agave Sisalana, a native of Mexico. The hardy plant grows well all year round in hot climate and arid regions which are often unsuitable for other crops. Sisal can be cultivated in most soil types except clay and has low tolerance to very moist and saline soil conditions.  Husbandry is relatively simple as it is resilient to disease and its input requirement is low compared to other crops. Sisal can be harvested from 2 years after planting and its productive life can reach up to 12 years, producing from 180 to 240 leaves depending on location, altitude, level of rainfall and variety of plant.

Although the leaves contain about 90 percent moisture, they are rigid and the fleshy pulp is very firm. The fibres which lie embedded longitudinally in the leaves, being most abundant near the leaf surfaces, must be removed from the leaves as soon as they are cut in order to avoid the risk of damage during the cleaning process. Fibre removal is accomplished by scraping away the pulpy material, generally by a mechanical decortication process, and by hand stripping. Sisal is produced with minimum pre and post harvest losses and average yield of dried fibres is about 1 tonne per hectare, although yields in East Africa can reach 4 tonnes per hectare.

Sisal is a renewable resource par excellence and can form part of the overall solution to climate change. Measured over its life-cycle, sisal absorbs more carbon dioxide than it produces. During processing, it generates mainly organic wastes and leaf residues that can be used to generate bioenergy, produce animal feed, fertiliser and ecological housing materialand, at the end of its life cycle, sisal is 100 percent biodegradable. By contrast synthetically produced fibres do not possess any of these traits. Moreover sisal plants reduce soil erosion through its extensive root system and contributes positively to watershed management. Sisal plants used as hedges act as effective vegetative barriers/ fences to protect the crops lands and forests from predatory animals and intruders.

Sisal has a wide variety of applications including:

Traditional – Twine, ropes, string, yarn and which can also be woven into carpets, mats, and various handicrafts.
Competition from synthetics has weakened demand for sisal in these traditional applications, however new consumer demands for natural fibres are expanding the markets for sisal in more high-value applications such as in paper, reinforcing composites and plastic composites.
Sisal pulp and paper – As sisal biomass contains a high proportion of cellulose its pulp is a substitute for wood fibres and adds bulk to paper and cardboard as well as being absorbent and having high fold endurance characteristics making it a high quality input for paper products.  Given its porosity, it can be used in cigarette paper filters and things like tea bags.
Textile – A major use of the fibre is in buffing cloth – because sisal is strong enough to polish steel and soft enough not to scratch it.
Sisal reinforcing composites- Sisal can substitute or enhance fibre-glass used to reinforce plastic in automobiles, boats, furniture, water tanks and pipes. Sisal can also be used to add strength in cement mixtures for the development of low cost housing and to replace asbestos in roofing and brake-pads. In addition it is an insulation material and can be made into fibre-board as a wood substitute.
Plastic and rubber composites – Sisal has good potential as reinforcement in polymer (thermoplastics, thermosets and rubbers) composites due to the low density and good welding specific properties. The use of sisal composites in automotive components and other furniture is gaining popularity. Sisal also continues to make the best material for dart boards.
Sisal waste products – By-products from sisal extraction can be used for making biogas, pharmaceutical ingredients and building material. The biomass left after fibres have been removed represents as much as 98 percent of the plant, and most is now flushed away as waste. To exploit the economic value of this material – amounting to some 15 million tonnes annually – the Common Fund for Commodities, UNIDO and the Tanzanian sisal industry funded the first commercial plant to use sisal residues to produce biogas, electricity process heat and fertilizer. Ongoing evaluation of the plant indicates that 75% of the energy produced could be distributed to rural homes and 25 percent used in sisal processing.
The waste produced by decortication such as sisal juice, particles of crushed parenchymatose tissue and fragments of leaves and fibres can be used as fertilizer or animal feed. The juice of the plant is used to make pharmaceuticals like hecogenin, inulin and others.

Sisal is cultivated for fibre in Angola, Brazil, China, Cuba,  Haiti, Indonesia, Kenya, Madagascar, Mozambique,  Mexico, South Africa. Tanzania and Thailand.
Production patterns differ between counties. In Tanzania and Kenya sisal is predominantly a plantation crop, while production in Brazil is largely small-scale. World production of sisal and a similar agave fibre, henequen, is estimated at around 300 000 tonnes, valued at $75 million. The major producers are Brazil (120 000 tonnes), Tanzania (30 000) and Kenya (25 000). Brazil exports around 100 000 tonnes of raw fibre and manufactured goods, particularly rope to the USA. Kenya exports around 20 000 tonnes and Tanzania 15 000 tonnes. China is also a major producer and consumer

Sisal has a promising future not only because of the new uses of this fibre but also because of growing public awareness that natural fibres, like sisal, are environmentally friendly.  This message was widely disseminated during the International Year of Natural Fibres in 2009.
The growth of sisal for use in non-traditional markets indicates that sisal is becoming increasingly recognized as a valuable and diverse resource material.  There may well be other potentially valuable by-products to be found in the fleshy waste discarded by sisal decorticators, apart from cattle feed and biogas.

Several projects sponsored by the FAO Intergovernmental Group on Hard Fibres and funded by the Common Fund for Commodities (CFC) have contributed to knowledge regarding the application of sisal technologies and opportunities for market development:

Produced a Technical Paper, CFC-UNIDO Technical Paper No. 8 “Sisal:  Past Research Results and Present Production Practices in East Africa – Present Status, Problems, Opportunities and Future Prospects” is still considered a benchmark for sisal development work. This provides a useful source of information for planning future research and development at the scientific, technological and industrial levels.

Established the technical viability of producing biogas and fertilizer from sisal waste and demonstrated that the sisal waste produced using the hammer mill technology provides a better substrate for use at the digester stage of the biogas production process than the traditional decorticator.
The projects in Tanzania have been instrumental in changing public and private perceptions of the sisal industry. As a result, sisal production is, once again, being looked at by many smallholder farmers in the country’s traditional sisal belt as a reliable cash crop.

Aim is to establish the provisional prospects of developing insecticides and pesticides for use in animal husbandry and agricultural crop protection, initially in Brazil.

Unlocking commercial potential of sisal
German funded project focusing on enhancing the commercial opportunities for sisal fibre in Haiti, Mozambique and Tanzania. The project will evaluate the potential to commercialise sisal fibre, develop business models which identify strategy and actions to be carried out to realise the potential of the fibre.
Try our Mix & Match app to create your own designer rug today!